Learning Lessons From Baltimore’s “Fight For $15”

Bill is an active member of the Baltimore City Green Party and a  retired union organizer and retired Director of Labor Studies at The Community College of Baltimore County-Dundalk. 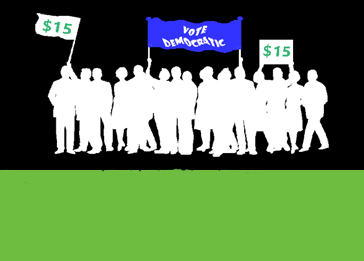 From the outset, the campaign supported by the “new” Democrats in the Council and the “new” mayor was a phony campaign. The legislation passed by the City Council would not have increased the minimum wage to $15 until 2022, with exceptions for workers under the age of 21. As introduced by Councilperson Mary Pat Clarke, the proposed law would have limited the increase in Baltimore City to the increase in the state minimum wage of $10.10/hour in 2018 but then increasing over the next six years.

This article has been excerpted. To see more, please read the full article in the Baltimore Sun