Learn About the Candidates

Learn more about each of the candidates that will appear on the November general election ballot.

In order to vote in the November general election you will need to be registered to vote by October 18th, 2016.

You can register or change your affiliation online or by visiting your local State Board of Elections office.

You can vote for Green candidates in November no matter what your affiliation, or even if you are not affiliated. 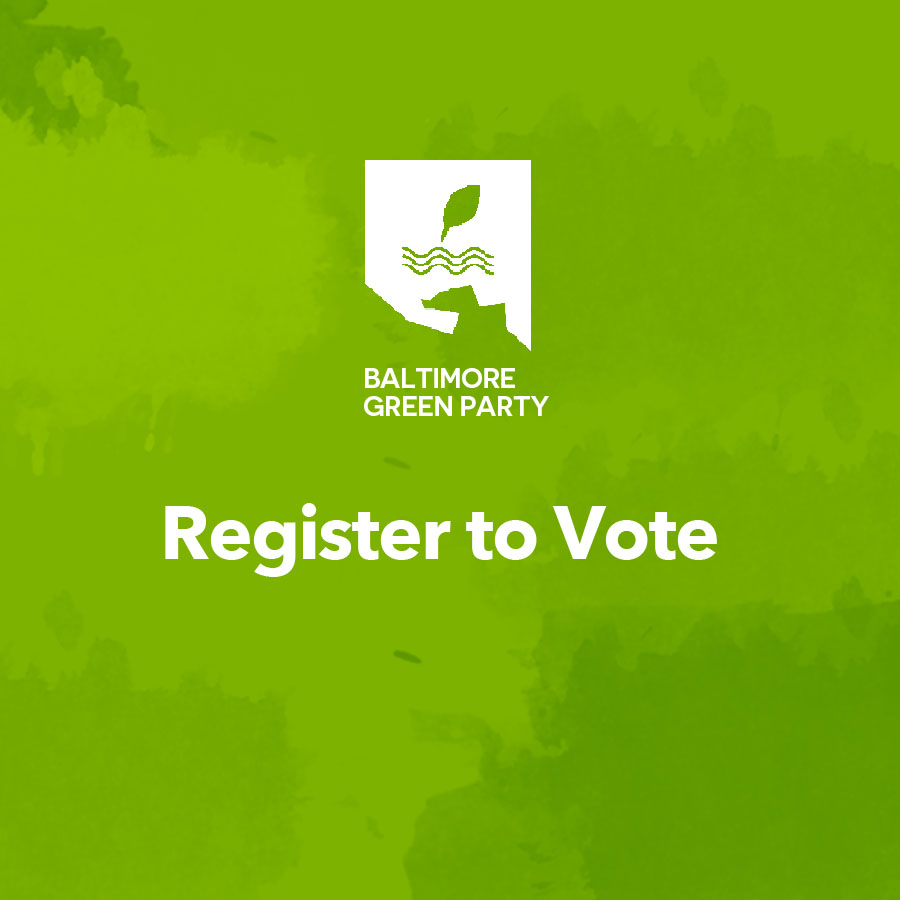 If you are already registered you can check your status, update your address or change your party affiliation online using the Maryland Online Voter Registration system.

If you are not registered to vote you can use Maryland Online Voter Registration system to register.